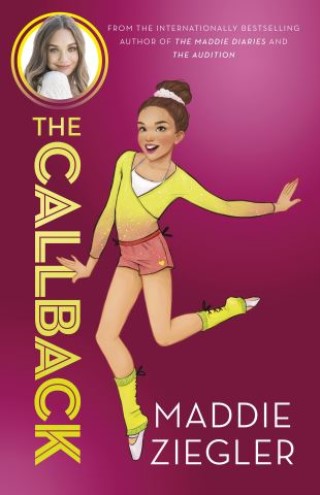 INTERNATIONAL BESTSELLER MADDIE ZIEGLER RETURNS WITH THE MUCH-ANTICIPATED SEQUEL TO THE AUDITION.

After a successful first competition, twelve-year-old Harper is eager to keep on making her mark in DanceStarz. But lately she's been having a bit of "dancer's block" ...

Thanks to a chance conversation, Harper lands a part in the school musical. Not only is this an opportunity to polish up her stage presence, but as the newbie at school, Harper is excited to make some more friends. Plus, Harper would have a big solo number-and maybe it would prove to everyone that she's ready to take that spotlight on the dance side too.

But some of the DanceStarz are not thrilled that Harper has a new distraction so close to their next big competition-especially since they are going up against their archrivals, the Bells. Can Harper figure out how to shine and find her balance, onstage and off?

Dance superstar and international bestseller Maddie Ziegler returns with the much-anticipated sequel to The Audition.

'This book will certainly be a winner with girls aged 9 and up as it deals with the complexities adolescent girls face, angst, friendship issues, competitive natures and mean girl syndrome.' -- ReadPlus

'This book is so much more than dance! The trials these girls go through and the friendships that they forge make this book one that I could not put down.' -- Goodreads

'This is a positive uplifting memoir from a very young hardworking star. The memoir will appeal especially to 11+ aged girls and all those interested in dance.' -- ReadPlus

Maddie Ziegler: Madison Nicole Ziegler, born in Pittsburgh, USA is an award-winning professional dancer, actress, fashion designer, and New York Times bestselling author of The Maddie Diaries. She has also written The Audition and The Callback, the first two books in a series about friendship, dance and chasing your dreams. Maddie starred in Lifetime's Dance Moms for six seasons and has starred in numerous music videos for pop singer/songwriter Sia, including the critically acclaimed "Chandelier" video. Maddie was also a judge on So You Think You Can Dance: The Next Generation, lent her voice to the animated feature Leap! (released internationally as Ballerina), and stars in Focus Feature's The Book of Henry.