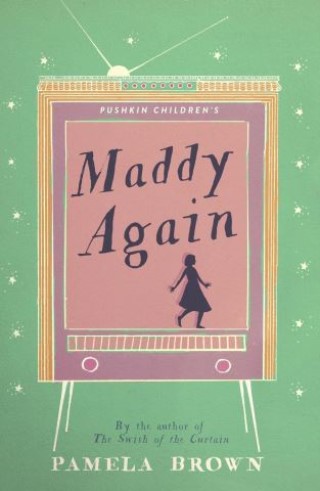 The fifth and final book in the Blue Door series, which starts with The Swish of the Curtain, the classic story which inspired actors from Maggie Smith to Eileen Atkins.

Maddy got up and did her Junior Miss speech, trying not to overdo the comedy. Her American accent was hideous, and very funny, and all the class began to giggle.
The whole class clapped when she had finished, and Mr Manyweather roared with laughter.
'What a little horror!' he cried. 'I've never seen anything so nauseating, but excellent!'

Maddy is on her own again at the Actors' Guild in London, while the others work at the Blue Door Theatre. But she's not entirely alone: she has a new roommate, a new chaperone and an inspiring new teacher, Mr Manyweather, brought in to introduce students to the very different world of television.

With these friends, can Maddy survive her first taste of failure - or is she embarking on her greatest acting adventure yet?

Pamela Brown: Pamela Brown (1924-1989) was a British writer, actor then television producer. She was just 14 when she started writing her first book, and the town of Fenchester in the books is inspired by her home town of Colchester. During the Second World War, she went to live in Wales, so The Swish of the Curtain was not published until 1941, when she was 16. She used the earnings from the books to train at RADA, and became an actor and a producer of children's television programmes.