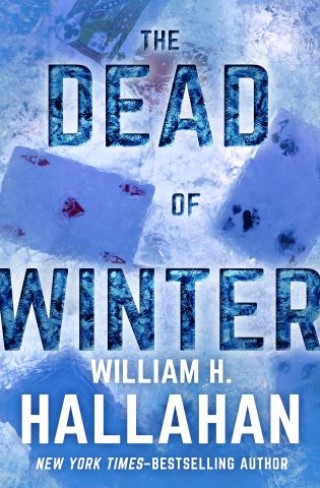 The Dead of Winter

Edgar Award Finalist for Best First Mystery: “Eerie . . . A book you will gulp down” (The New York Times).

Lyons, Basche, and Tyler—three ordinary guys—find their fourth poker night partner, Reece, fatally beaten on the floor of his apartment. Reece was a quiet, unassuming fellow but he had one outstanding trait: his fabulous memory. On Friday nights he could recall every card that was played. Yet his final slurred words were: “I don’t remember.”

His three remaining friends, shocked by the indifference of the police, form their own tribunal of retribution: to find the people who had used Reece so ruthlessly and who had disposed of him in the same way; to deal with the assassins with a like kind of justice; and to ferret out the “lost” information that cost Reece his life. Their motivation and their mission culminate in an unforgettable tale of vengeance and its consequences.

William H. Hallahan:
William H. Hallahan (1925–2019) was an Edgar Award–winning American author whose works spanned genres but who was best known for his bestselling mystery and occult novels. His first novel, The Dead of Winter, was nominated for the Edgar Award for Best First Mystery Novel, and his suspense novel, Catch Me: Kill Me, won the Edgar Award for Best Mystery Novel. Hallahan’s occult novel, The Search for Joseph Tully, was a New York Times bestseller and hailed as one of the best books of its genre. For the book opening, mock gravestones that read “Here Lies Joseph Tully” were lined up and down Park Avenue in New York. His other works of fiction include The Ross Forgery, Keeper of the Children, The Trade, The Monk, Foxcatcher, and Tripletrap. His works were translated into many languages and released throughout the world.

Hallahan was born in the shadow of Ebbets Field, Brooklyn; spent three years in the Navy; graduated with honors and a master’s degree from Temple University; and worked variously as a college English professor, a copywriter, and an ad agency proprietor in his own agency, Hallahan Incorporated.