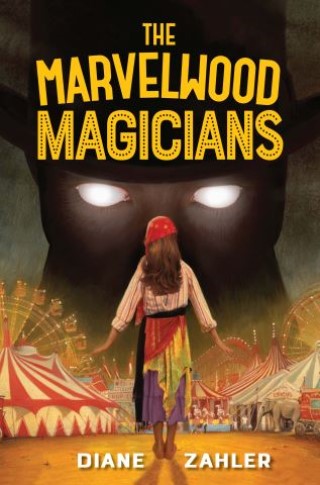 Eleven-year-old Mattie Marvelwood comes from a family of traveling performers. Her dad is an illusionist; her mom is a fortune-teller; her brother has a vanishing act; and she herself is a mind-reader. But the Marvelwoods have a deep secret. The acts they perform at carnivals, fairs, and circuses are not just acts. Their powers are real. In all their wanderings, the Marvelwoods have never met another performer with gifts like theirs—until they join Master Morogh’s Circus of Wonders! But it turns out that Master Morogh’s true talent is stealing the gifts of others. When he steals Mattie’s brother’s vanishing ability, the family has a big decision to make. Do they run, leaving Bell’s gift behind to save the rest of them, or risk exposure by trying to beat the duplicitous ringmaster at his own game?

Diane Zahler: Diane Zahler is the author of Baker’s Magic, as well as several middle-grade fairy tale reimaginings: Sleeping Beauty’s Daughters, Princess of the Wild Swans, A True Princess, and The Thirteenth Princess. She lives in Wassaic, New York. dianezahler.com