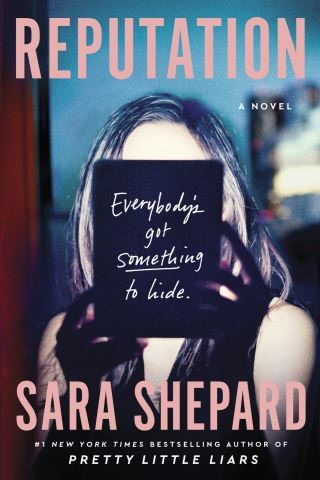 In this perfectly-paced new novel from Sara Shepard, the #1 New York Times bestselling author of Pretty Little Liars, the women of a tight-knit college town learn through gossip, scandal, betrayal, and even murder, who their neighbors and husbands really are.

Aldrich University is rocked to its core when a hacker dumps 40,000 people's e-mails—the entire faculty, staff, students, alums—onto an easily searchable database. Rumors and affairs immediately leak, but things turn explosive when Kit Manning's handsome husband, Dr. Greg Strasser, is found murdered. Kit's sister, Willa, returns for the funeral, setting foot in a hometown she fled fifteen years ago, after a night she wishes she could forget. As an investigative reporter, Willa knows something isn't right about the night Greg was killed, and she's determined to find the truth. What she doesn't expect is that everyone has something to hide. And with a killer on the loose, Willa and Kit must figure out who killed Greg before someone else is murdered.

Told from multiple points of view, Reputation is full of twists, turns, and shocking reveals. It's a story of intrigue, sabotage, and the secrets we keep—and how far we go to keep them hidden. Number one bestseller Sara Shepard is at the top of her game in this brand-new adult novel.

Sara Shepard: Sara Shepard is the #1 New York Times bestselling author of the Pretty Little Liars series, The Lying Game, The Heiresses, The Elizas, and The Perfectionists.